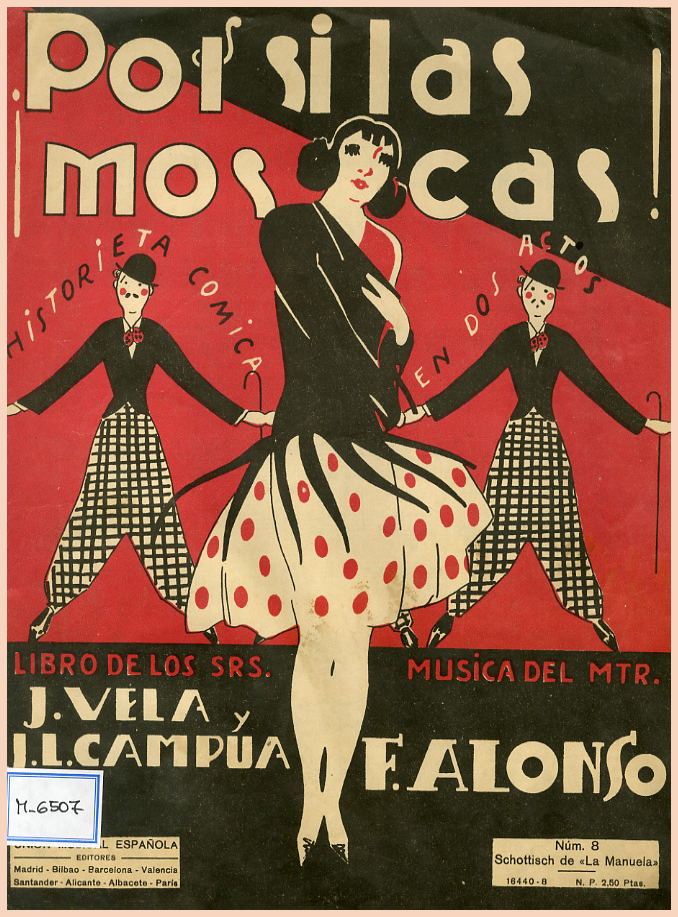 Just in case! was very successful. Over 400 times it was performed and it was touring out of Madrid the following year, and ended up being released in Lisbon too.

It is a great variety show…..ingenious and elegant. There were those who remarked that it had rehabilitated the genre. Its catchy, fresh and light music was soon being played on the pianos and “pianolas”, and the “Chotis de la Manuela” quickly reached popularity and recognition amongst the people of Madrid.

In addition to this number, “los baños de sol” was well received , as were the circus number, the chicks number, the blues of the buttons and a highly original parody of talking film. In these, Francisco Alonso composed the rhythms of fashion (charleston and foxtrot), a classic mazurka and a romantic serenade.

The performance of Celia Gámez, who played the roles of five different types of women in the show, was highly praised and the press made special mention of the fact that the girls of Teatro Romea were “cute and admirably dressed”.