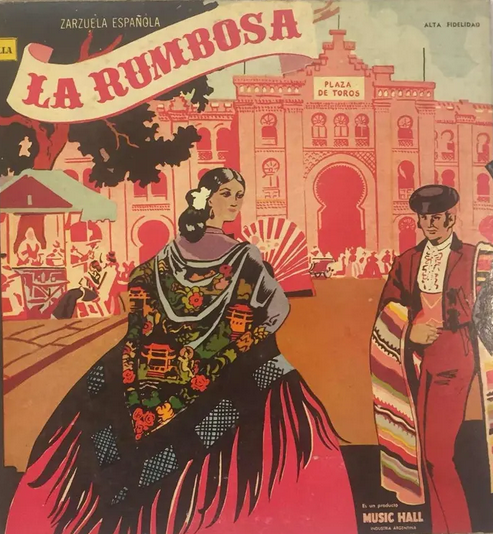 Synopsis: Cayetana, a charming and carefree lass, and two other friends, Maria Ignacia and Tomasa, run a garnish factory, much frequented by men whose sole intention is to get Cayetana to fall in love with them rather than to buy the products she makes and sells. The action takes place in Madrid, in 1868, the last year of the reign of Isabel II.

This work was the posthumous work of Francisco Alonso and Pilar Millán Astray. In it they put both grace and feeling. The composer, three days before his death, finished the pasodoble, which was the last thing that he ever penned.

The score is pure charm, inspiration, fresh and imbued with a certain panache. The most noteworthy songs include a chotis, the pasodoble “martial and brave”, the graceful mazurca and the Duet of baritone and soprano that surprised the spectator with its dramatism and inspirational feel.