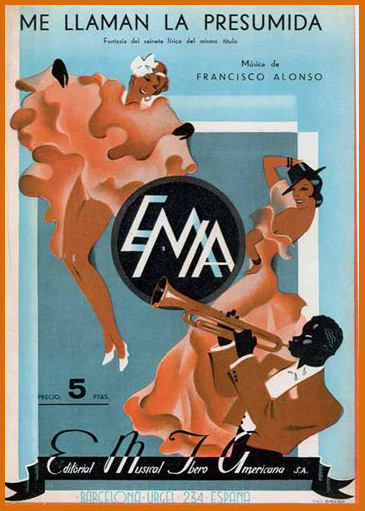 Synopsis: Paco, an apprentice jeweler in love with Gracia, snooty dressmaker, asks his friend Pepe el Chevalier to investigate to see if a girl is romantically interested in him. Pepe agrees, but Gracia believes that it is her who Pepe is interested in.

When Paco asks him, Pepe hesitates and does not answer. Gracia, who enters the scene by chance, presumes that Pepe has told him he loves her.

Two months have passed. Life goes on and – until something out of the ordinary happens – a practice drill, an attack by means of poisonous gases is announced. Paco manages to speak with Gracia and accuses her of being presumptuous; she answers with indifference, but before the drill the misunderstandings will be clarified and the couple will be reconciled.

Other parallel stories will also have a happy ending: Basilio and Doña Olga, Cayetano and Pepa, and Paco and Lola.

This set of interweaved stories takes place in a motley and colourful squares of Madrid neighborhoods, where the most colourful personalties are to be found.

Maestro Alonso composed for Me llaman la presumida a score of easy and pleasant melodies. A glance through the pages of this work only serves to deepen our appreciation of the personal character of this author, a man who composed so many wonderful zarzuelas. Furthermore such a reading would give us tremendous insight into how his personality is reflected in his scores. The famous pasodoble “Una mujer madrileña”, an example of panache and casticism, the famous “Duet of baritone and tenor” at the rhythm of a mazurka, and the “Dúo de Gracia y Paco”, which is none other than the popular chotis “Si presumo es porque puedo”.