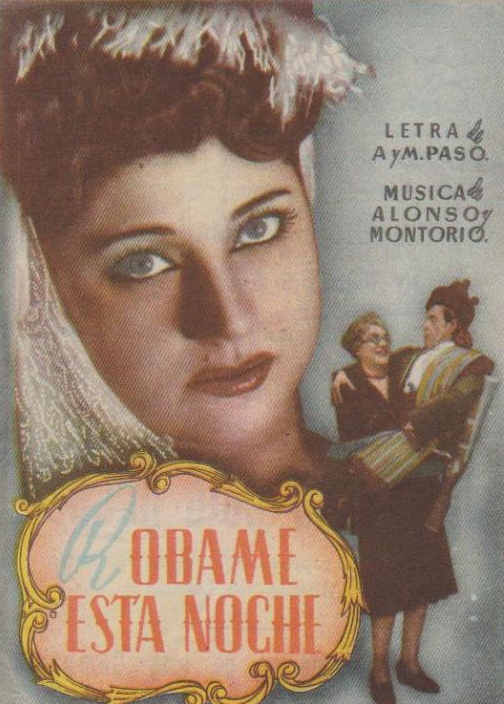 Synopsis: A young and wealthy Latin American woman named Emerita travels to Spain to fulfil her dreams: to be kidnapped by a bandit in order to marry him. Alexis, who is in love with the young woman, designs a plan with the father of Emerita. It revolves around traveling both to Spain and hiring there a gang of individuals who pose as bandits to kidnap the girl. Alexis will be one of the members of this gang and will try to get Emerita to fall in love with him.

Throughout his 23 cuadros, several could be described as truly spectacular, several numbers were applauded: a pasodoble, a fox, a bulería, a farruca, a tanguillo, a bolero, a rumba and a samba. However the most resoundingly popular number was the pasodoble “Los olivaritos”.