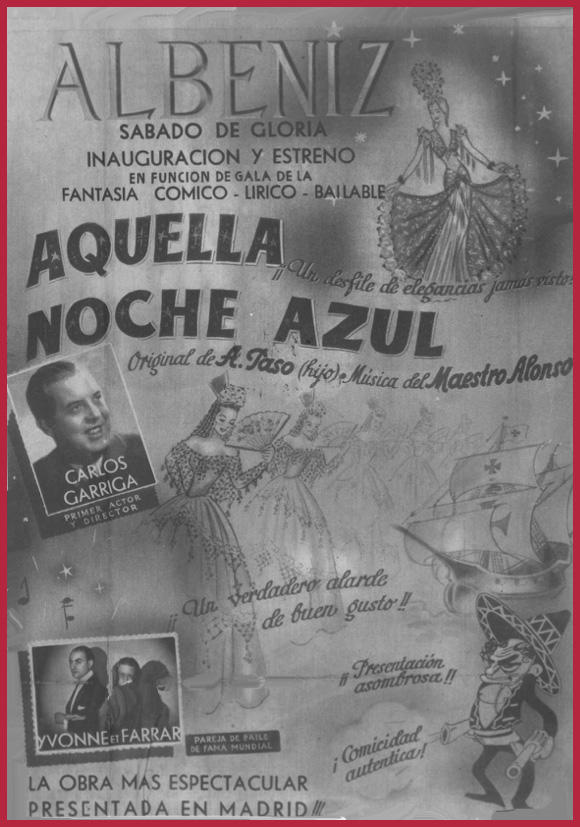 That blue night was offered at the inauguration of Teatro Albéniz, a Madrid theater located on Calle de la Paz, between Puerta del Sol and Plaza de Benavente. It is a typical work of the time, which exudes the self-assurance of the genre to which it belongs.
Amongst the musical numbers, a mazurca, a slow fox, a lively pasodoble and a sparkling terceto were the most well received.