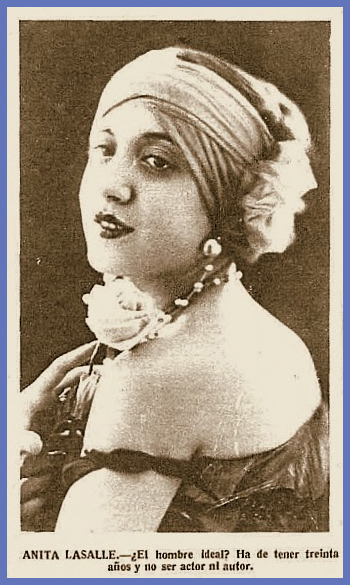 Synopsis: The story revolves around the newly created department of female tax inspectors who investigate the marital infidelities of men. Those women go through the towns fulfilling their obligation and imposing fines, although from time to time they will find themselves immersed in complicated events.

Whilst in terms of language the work in the language steers clear of vulagarity, it maintains the roguish and double-meaning ? elements, typical of the genre, was presented with the usual luxury. A carioca and Toledo scenes (set in Lagartera) and another from Madrid were the most applauded.

Among the musical numbers created by Francisco Alonso, a machicha, a rumba, a pasacalle, a java and a nice chotis in which the modern taxi thrashes it out with the old simón (carriage of two squares pulled by horses) were the most enthusiastically applauded.

In Madrid it premiered at the Teatro Maravillas, in April 1936.