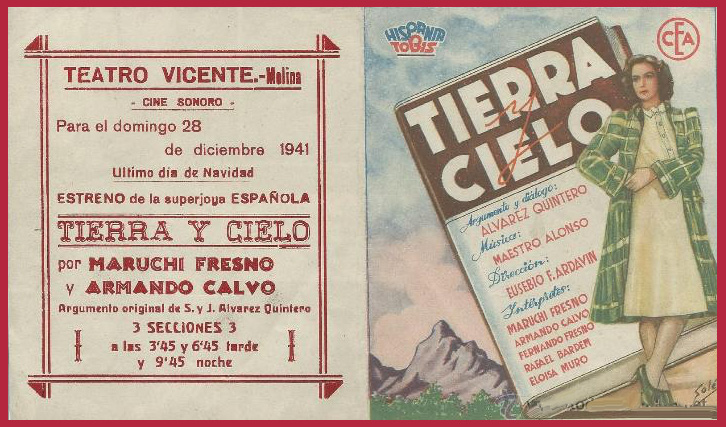 Synopsis: A Spanish Marquis, imprisoned as the allegedly guily of a murder, is helped by a mysterious hand to escape from his homeland and take refuge in Paris, where he starts working as a humble worker. On the other hand, a young millionaire, out of sheer boredom, decides to live as a normal person working as a painter and producing replicas of pictures of the museum to make ends meet.

These two characters meet and end up falling in love with each other,despite keeping their respective secrets to themselves. The former, knowing that the police are on his tail, escapes, leaving the copier of painting alone and inconsolable who returns to old lifestyle as a wealthy man. At a party, they meet again and resume their relationship because he has managed to prove his innocence.