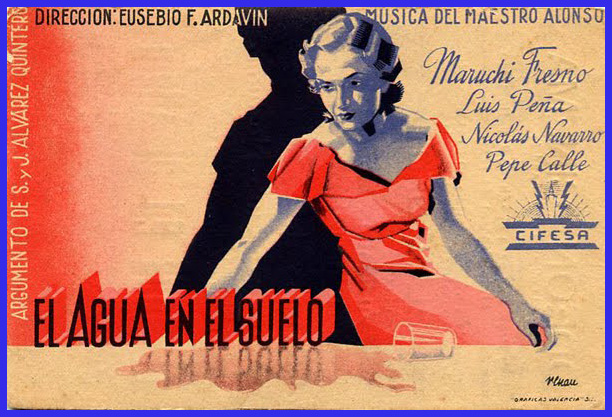 Synopsis: The slander that looms round a noble family’s reptation by some false and damning verses published in a newspaper by some unscrupulous man. Falseness is like water on the ground, which although it may be swept up some of it always seems to linger hence the title of this work.
The press of the time described it as “a Spanish film, made and styled on the whole according to our racial style and essence, but without falling back on local stereotypical features, without brush strokes of regional color, without “españoladas”, in a word”.
It was the first Spanish sound film, the first that was shot in the famous Madrid studios of the CEA and also the first of the Álvarez Quintero brothers.

As for the music of Alonso, a “Song of the Boyero” and a “Gypsy Song” were praised.