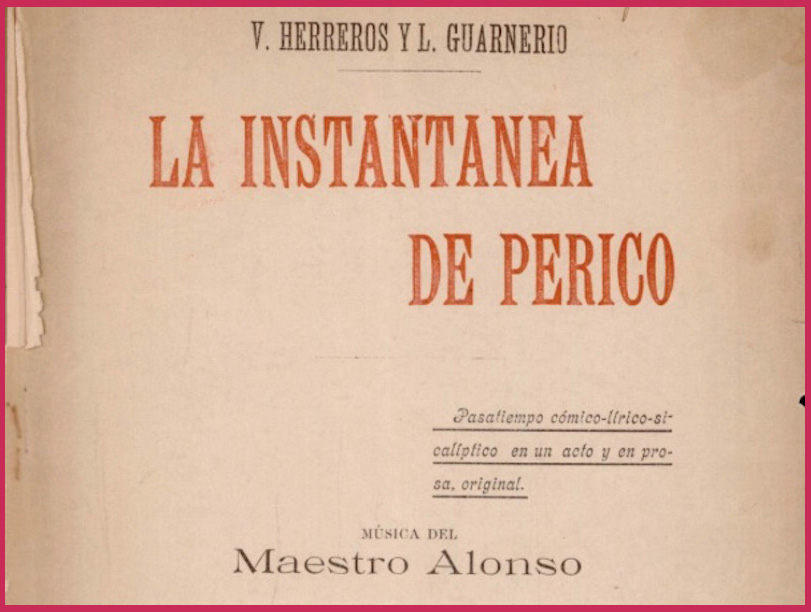 Work of his Granada stage, before 1911. The press highlighted that music was better than the text and that some tangos and a song called “canción del pica-pica” were repeated”.