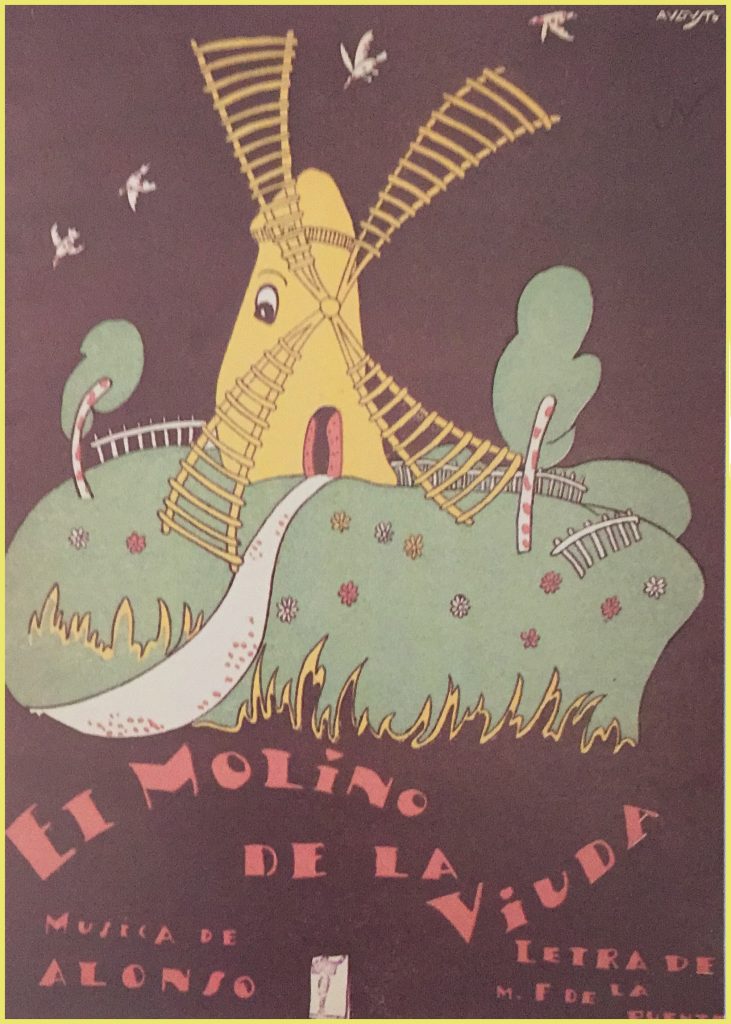 Set in a village in Aragon, at the time of the premiere, The Mill of the Widow begins as a melodrama, but gives way to a singularly comical situation, for which the maestro Alonso composed a copious score.
They were very applauded a “comic quintet”, a “terceto”, also comic, and a “jota” were to receive the most enthusiastic applause. The press also enthused over “expertise of the very popular musician of Granada”.