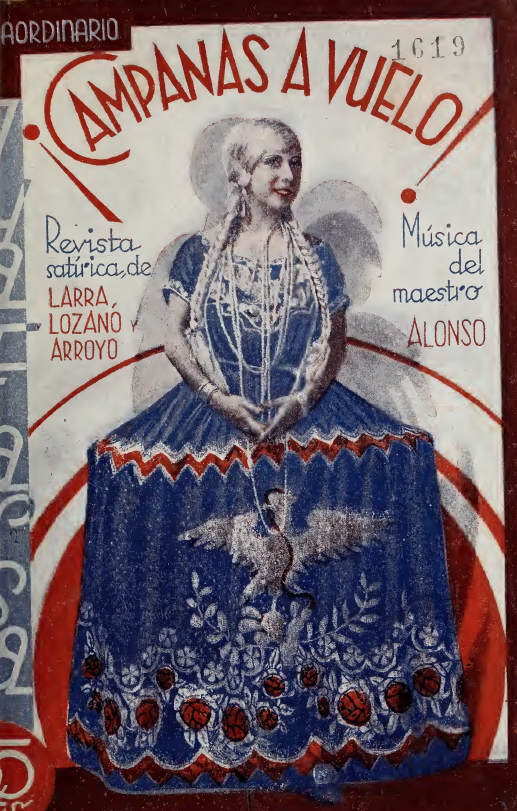 Synopsis: The work opens with the expulsion of a troupe of old histrions and the audience witnesses attended the formation of a new government consisting of ten beautiful ministers, who meet in Council to develop a laudable programme of with War, Public Instruction, Finance and the rest of departments.

Critical and satirical work, sometimes elegant and other times rather poor and close to the limit of good taste.

It did offered a good number of scenes, some with such explicit titles as: The biligüismo, The dance of the coins, All comfort, Municipal Echoes, The government or The female university city.

A Terceto of the statues of the Plaza de Oriente, a Mexican song, a humourous intervention by the band El Empastre, the “Java de la manicura” and a flamenco song.

The hymn that was supposed to have been, according to the text, the national anthem did not enjoy great success.