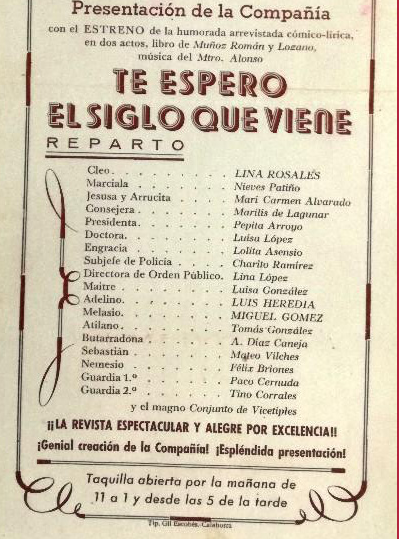 The release date was apparently that indicated above, but, judging by the comment written by J.M.C., who was swift in terms of reacting and writing his reviews, we are almost compelled to conclude that the work was probably premiered in Madrid before Bilbao.