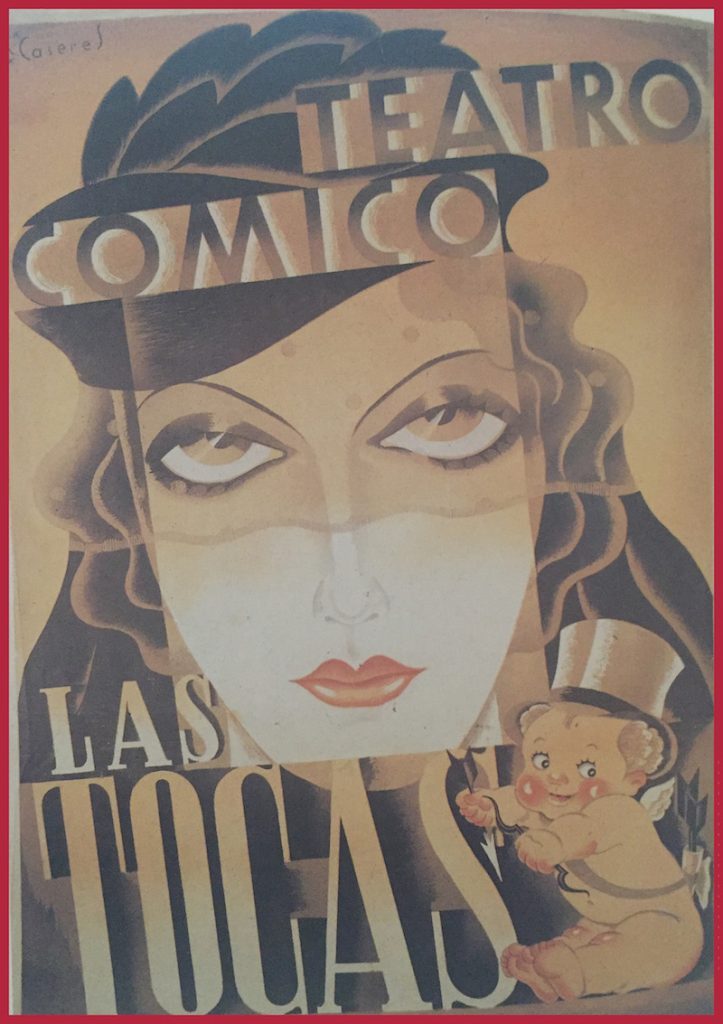 Synopsis: “Las tocas” is a society of young widows, who are dedicated to kidnapping men for their associates. One of these is a confectioner, of a weak character, who is forced to invent a twin brother, of brasher temperament, to undo his mistakes and, at the same time, to amend the behavior of a party-loving nephew.
It is the ninth variety show written by the authors, genuine specialists in this genre, both literary and musical. It was very successful because it is a funny script, funny in the sense that the dialogue that plays with the dual purpose and the equivocal one.

The music is direct, varied and typical of this genre. Among the featured numbers of the show, of all those encored on the night of the premiere, the scene of “Las bayaderas”, of Persian inspiration, was especially applauded; a “chotis”, an antillean dance entitled “El Carombo”, a “Fiesta de la primavera”, which recalled a traditional Gascon party, and a pasodoble bullfighter that is among the best of the composer.

In the interpretation the beautiful vedete Mapy Corés and her sculpturtal figure not to mention the formidable comic Faustino Brentano drew the greatest amount of attention Just to see him and laugh with him, the press remarked, made it worth going to the Pavón.