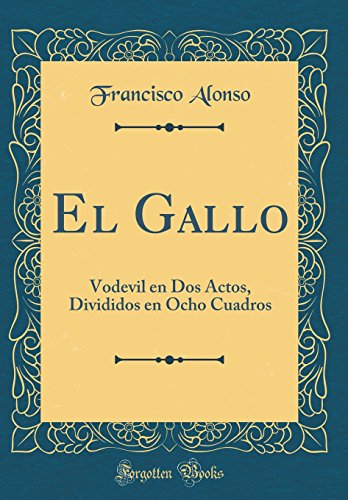 This success was greatly applauded in the press and one of the journalists wrote: “The work will be centennial or bicentennial and three hundred years old, and the cooks will torture us for a whole season singing the charles of Turkestan or with the java alimenticia”.

Press were forewarned with respect to the text: “The rooster is a vaudeville of smell, color and flavor more spicy than a chili pepper and, with its sauce, something which is now greatly missed. You do not go to Teatro Martin to say your prayers”.

The happy and light music was repeated in its entirety and specially rapturous applause were reserved for a spirited pasodoble, the “Java de la pava”, the “Canción de la capa”, the “Fox de las pieles” and the martial parade that closed the show.