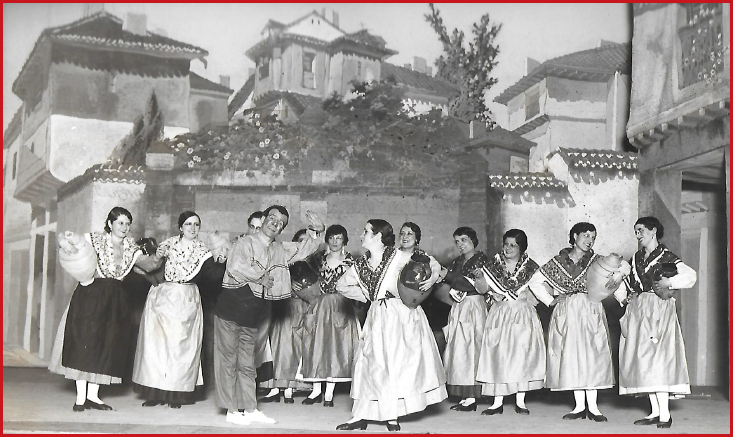 Synopsis: Set in Brihuega (Guadalajara), at the time of the premiere, the book tells us about a young man who, acting spiteful because he believes that his girlfriend has been unfaithful, begins a relationship with a rich widow from the town. Dramatic work, based on revenge and remorse, however it has a happy ending.

Although there were critics who considered it somewhat long and recommended the authors of the text to reduce it in size, the music written by Francisco Alonso for Coplas de Ronda was well received and several numbers were greatly applauded: a comic duo, the “Pasacalle de la rondalla”, the “Alcarreñas Choir”, a nice “Mazurca de los borrachos”, the “Mazurca de los serenos” and a “Jazz-band”, an original touch in musical terms if we take into account that this kind of music was alien to the land in which the zarzuela had been developed.