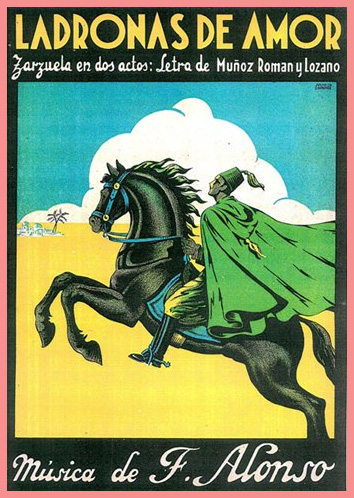 Synopsis: The action of the first act is located on planet Earth and the second on the planet Venus, in the year 2000, and revolves around the idea that the women of one planet have kidnapped the men of another.

Comment: Light-hearted work, not without its mischievous side. It had all the ingredients of success: a funny and effective book; a happy, imaginative and varied music; a dazzling presentation and the presence of a large number of leading figures.

Almost all the numbers were repeated and the public raved mostly about a mazurca-tanguillo, a chotis, a foxtrot, a rumba with a Caribbean atmosphere that enjoys the curious title of “El acicharren” and a Moorish March, which was repeated three times.