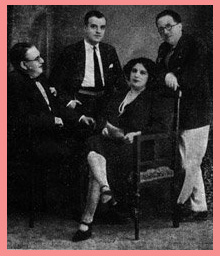 Las verbeneras were not very successful on the night it was premiered, but the appropriate changes were made (usual practice in this and other lyrical genres) and the work eventually won over the interest of the audience who attended the theatre and enthusiastically applauded the show.

Particularly popular was a song that evokes the cockiness of Madrid,  not to mention a charleston and a chotis, numbers that could not be missing in the zarzuelas and musical magazines of the time.