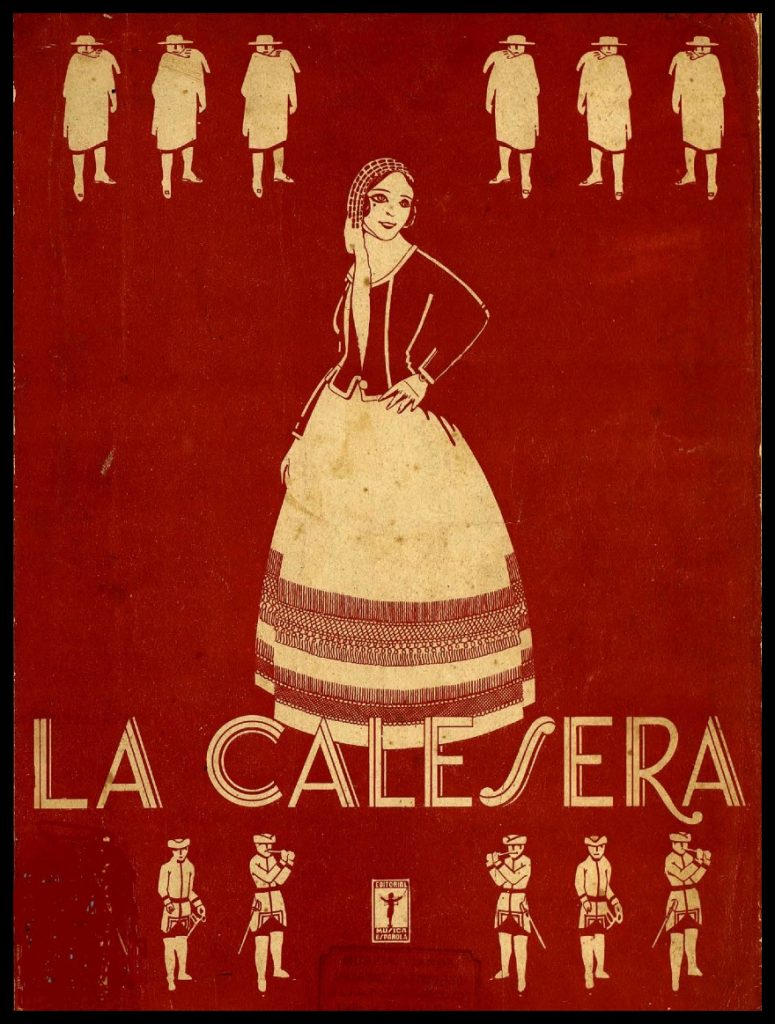 Synopsis: Maravillas, a comedian, is secretly in love with the liberal Rafael Sanabria, who is Elena’s boyfriend, Marquesa de Calatrava. In a revolt at the Puerta del Sol, Rafael is arrested and imprisoned. Maravillas, renouncing his love, will help Elena to secure the freedom of the prisoner. To get the ransom, he also helps the famous bandit Luis Candelas, who confesses his love for Maravillas, the Calesera.

For this zarzuela, whose first two acts take place in Madrid in 1832 and the third on a road to France, Alonso wrote more than fifteen numbers of graceful, direct, colorful and fluid music, delicately instrumentalized with great taste.

The success of the premiere of La Calesera was tremendous. It began at nine thirty in the evening and ended at two in the morning ; the enthusiastic public carried the composer on their shoulders all the way home!

With La Calesera Francisco Alonso gets one of his most important and inspired pages that have popularized songs such as the “Himno a la libretad” or the well known “Pascalle de los chisperos”, which was repeated five times the day of the premiere. But there are also other very interesting scenes, such as the “Romanza de Maravillas”, the duet of Maravillas and Elena, the one of Rafael and Maravillas and the lyrical and passionate “Raconto de Rafael”, which closes the third act.

In La Calesera, the comic couple comprising comedian Pirulí and his suitor Gangarilla are particularly important, and when joined by Calatrava, the scary and cowardly butler of the Marquesa, they all excel themselves in some highly comical musical scenes.

Buy the orchestra score at ICMU