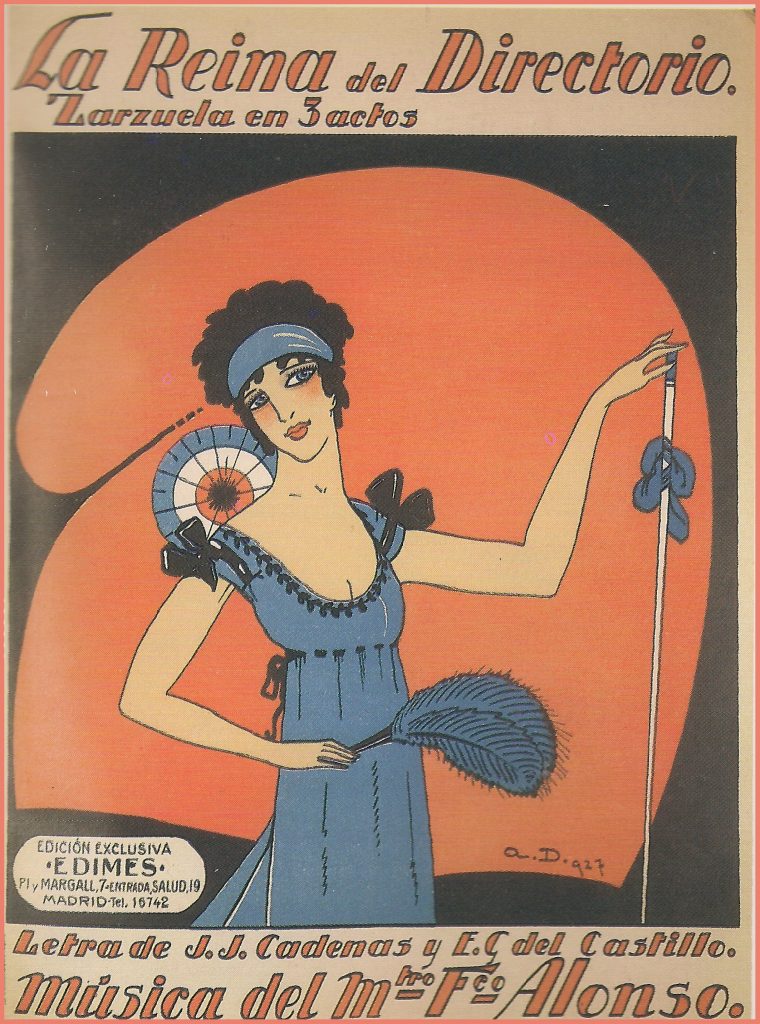 Synopsis: the plot tells a story of a romantic intrigue attributed to Teresa Cabarrús, skillfully weaved with imaginary tales of political conspiracies against Napoleón Bonaparte, at the time of the Directory.

Set in the Paris of 1800, it is a great zarzuela both in the text, which offers superbly well written scenes, as well the numerous occasions the audience is witness to the composer’s brilliance. On the night of the premiere, many of his musical numbers were repeated, which together with the three acts, meant the show ended at two o’clock in the morning.

Maestro Alonso achieved a new success and a choir of police officers was met with great applause as were Plácido Boucour’s cuplés, a hymn, the Spanish song of Cabarrús, the evoking of Emperor Napoleon and a delicate “romanza”, accompanied by the harp, and sung magnificently by Felisa Herrero.