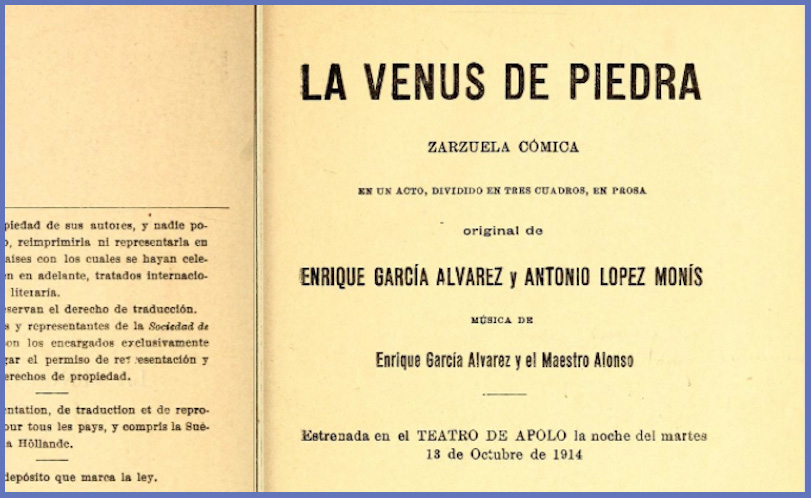 Set in Madrid, at the time of the premiere: “it was very well received but above all the public liked García Álvarez’s music, helped by the novice maestro Francisco Alonso, who had already been applauded for some works premiered at Novedades and at the Apolo.”

Among the musical numbers highlighted a cha-cha-cha, a polka and two others entitled “Comparsa de aguadoras” and “Comparsa de bandidos”.