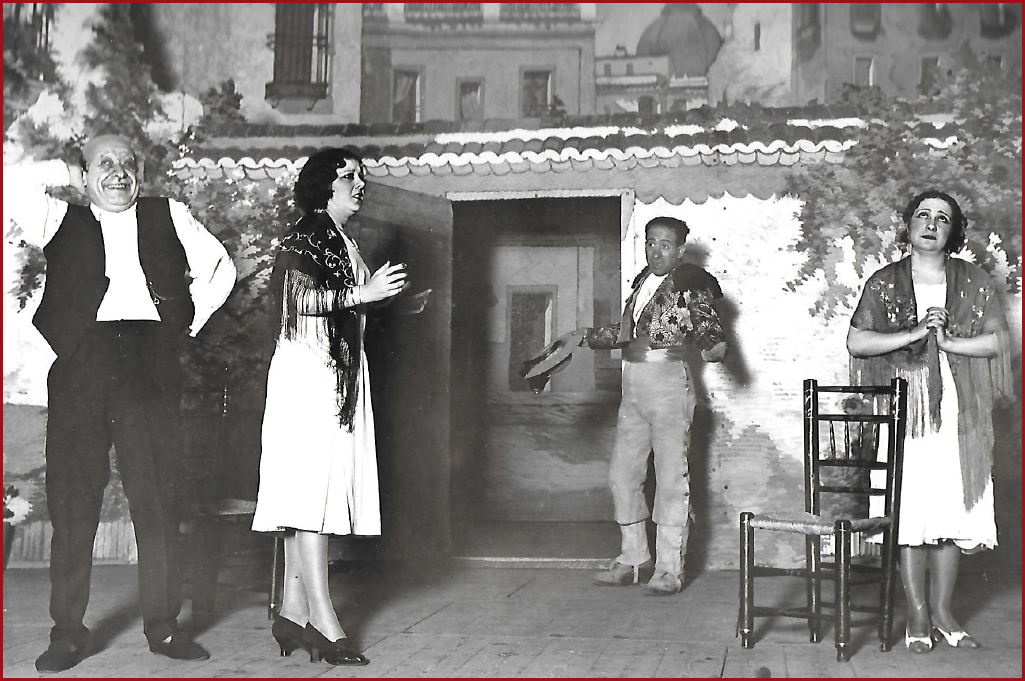 Synopsis: “Whistlin” is how the bullfighting public react to the resounding failure of the performance of a bullfighter; “Clapping” is how the same public show its appreciation for a brilliant performance by the same “matador” in the same bullring. Fans, who had refused to believe that the man who had previously been a shoemaker could have the requisite skills to be a bullfighter, later proclaim him to be the greatest figure in bullfighting.

Acommpanying this character, is a faithful little girl who had been resilient when they had fallen on hard times previously and had fiercely been loyal to the bullfighter.

This work impressive in its theatrical construction, evokes the “género chico”, characters and is handled skillfully by Quintero, aided and abetted by catchy, popular and elegant music, “Pitos y palmas” was an unquestionable success. On the night of its premiere there were no whistles, but plenty of clapping. It was as though the authors when they came on stage were receiving the crowd’s applause in a bullring after a glorious performance, and the public most graciously rewarded them with a warm reception.

Among the musical numbers written by Maestro Alonso, a “pasacalle” of boys who play the bull, two comic duets, a terceto, the number “Yo le quiero zapatero”, which the main character sings, not to mention a tenor and baritone duo that concludes the zarzuela.