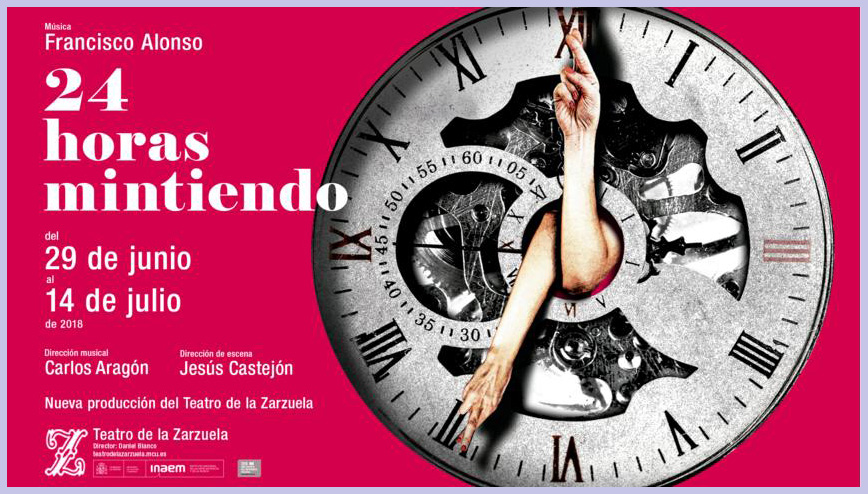 Synopsis: The delusions of grandeur of Doña Casta (wife of Don Casto) and her daughters Charito and Totó, reach such ridiculous proportions that they end up locking themselves up in the house to make the neighbors believe that they are on vacation.

The compromising situations and the strangest adventures occur until the arrival of the couple, Fernando and Ricardo, which manages to clarify everything.

For 24 hours lying, a fine work of ‘entanglement’, Alonso wrote a series of attractive but punchy numbers , which were an instant hit. The audience of the Albéniz theater came out humming the melody of the “Foxtrot de las cocteleras”, the smooth “Portuguese Fado” the chotis “Arrímate-maté-maté”, the rogue “Pregón”, the delicate “Canción mallorquina” and the vibrant pasodoble “Claveles granadinos”.