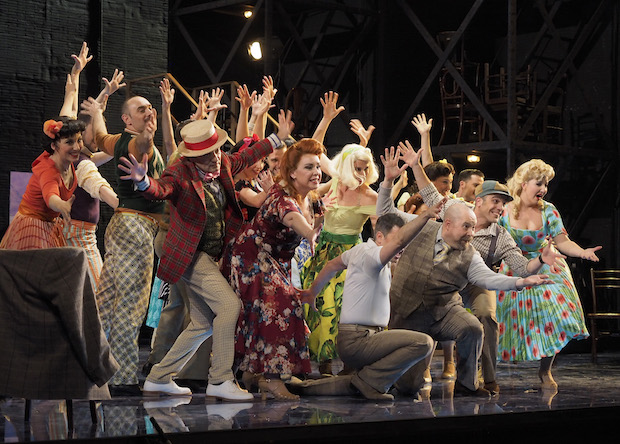 Synopsis. On board a transatlantic ship bound for Egypt, sails a variety show company. Myrna Mendes and her boyfriend enter the company with pseudonyms, since she is fleeing from her father, the Mexican General Ponciano Mendes. Everyone thinks that also travelling incognito is a princess, who in fact is the young Marta, in love with the composer of the company named Eduardo. Myrna offers to impersonate the supposed princess, since the latter is also wanted by her father, the Emperor of Limburg. Marta, in turn, will take on the personality of Myrna. Upon arrival in Alexandria, Marta is forced to marry Eduardo, who is also not who he pretends to be. General Ponciano Mendes, via a telegram, orders, them to spend their honeymoon in Cairo. Honeymoon in Cairo is a score of singular importance in this genre, with ingenious scenes of intrigue between princesses and the other exotic characters but all with with a triumphant outcome.

After its premiere, the work of Muñoz Román was highly praised, “disengaging and far removed from any coarseness or simplicity, and particularly so, the work of Maestro Alonso, which caused “spectators to miss the last Metro”, which according to one commentator of the time, occurred because of the encores of the musical numbers.

The work was presented with the usual extravagance ; one example of which is that the vicetiples wore ten different suits.

The music is within the most modern musical canons of the time and particularly applauded were the numbers entitled “Taking life seriously”, “First loves”, “Come to see you in Cairo”, “A little princess with a dreaming soul”, besides a nice triplet and a brilliant pasodoble.
Honeymoon in Cairo was premiered in Barcelona in that same year of 1943, reaching hundreds of performances and having as interpreters Maruja Vallojera, Concha Páez, Ignacio León, Salvador Videgain and Luis Barbero, among others.

Reviews from the premier in Teatro de La zarzuela