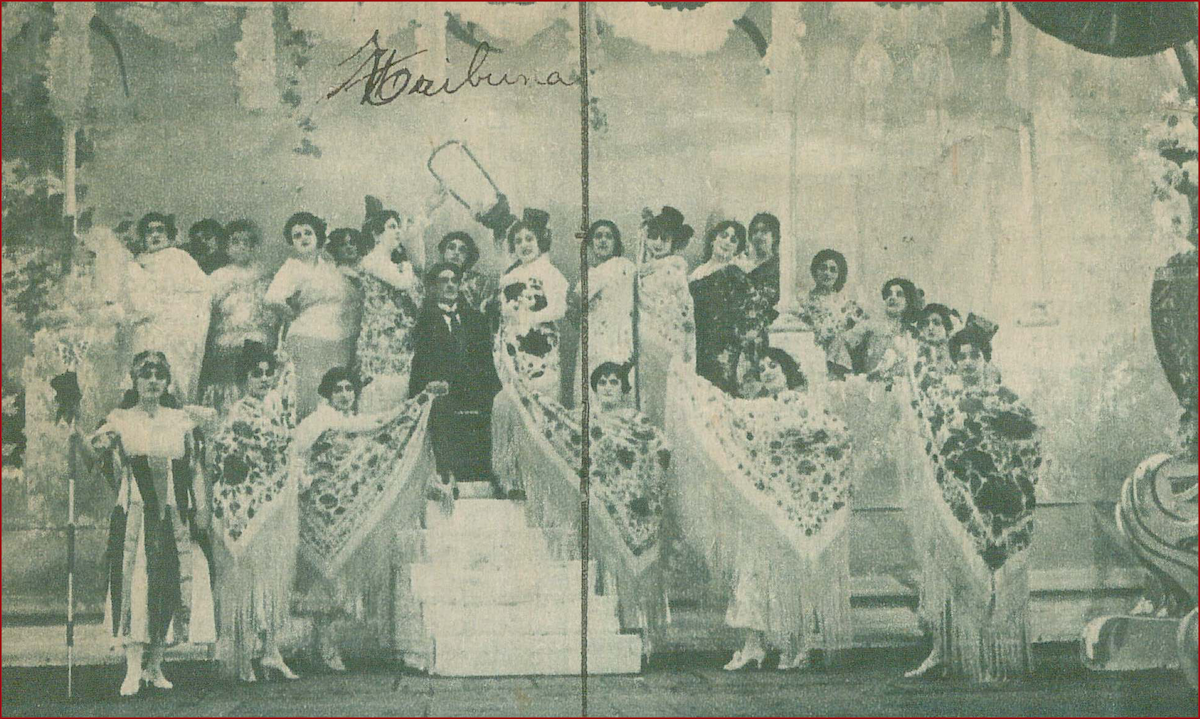 Synopsis: A doctor, unable to cure a patient with drugs, tells him to have fun in order to cure himself of his neurosis. Neurasthenic, the name of the patient, follows the advice and, accompanied by three fairies, will pass through the palaces of Music, Light and Joy. After the visit, he will be cured of his illness.

The fairies takes him to different places: Paris, Mexico, several Spanish regions; where he attends bullfights and witnesses, amongst other things, the wonder of electricity.

Music, light and joy is the first real revue written by the composer from Granada. It enjoyed a good reception and, in fact, it became the first great triumph of his career. In this work the audience is able to appreciate the versatility of Alonso in terms of his ability to create all kinds of melodies, from oriental songs to a jota.