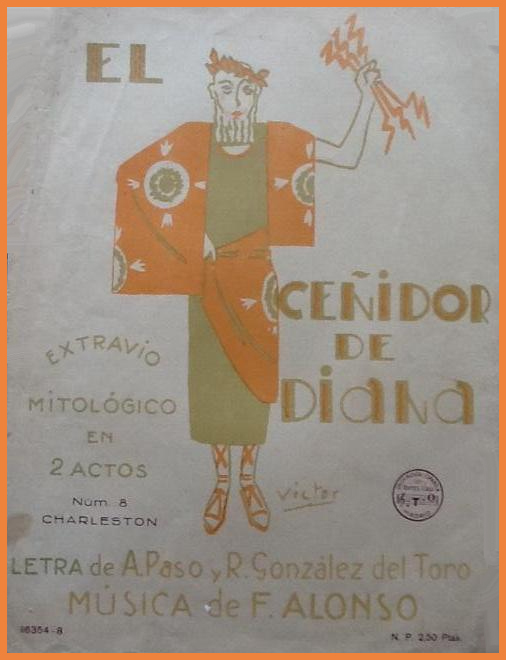 A obsever at that time penned a charming description of this Ceñidor de Diana: “in collaboration with Alonso (who when it comes to accompanying goddesses with cheerful notes is also another chastiser), Paso and González del Toro, two aces themselves in mythology, mundology and dramaturgy, have caused Diana to lose her girdle, to end up in the hands of Lino Rodríguez and here have all put together the kind of music and dances to compete with International Exhibitions. Here one gets a great deal more value than the few pesetas that it costs”.

Among the numbers written by Francisco Alonso for this relaxed mythological story, the greatly applauded numbers were a charleston, the “pasodoble of the brunettes” and especially “the triptych of blondes, chestnuts and brunettes, which is better than Van der Goes’ painting “, in the words of the journalist.